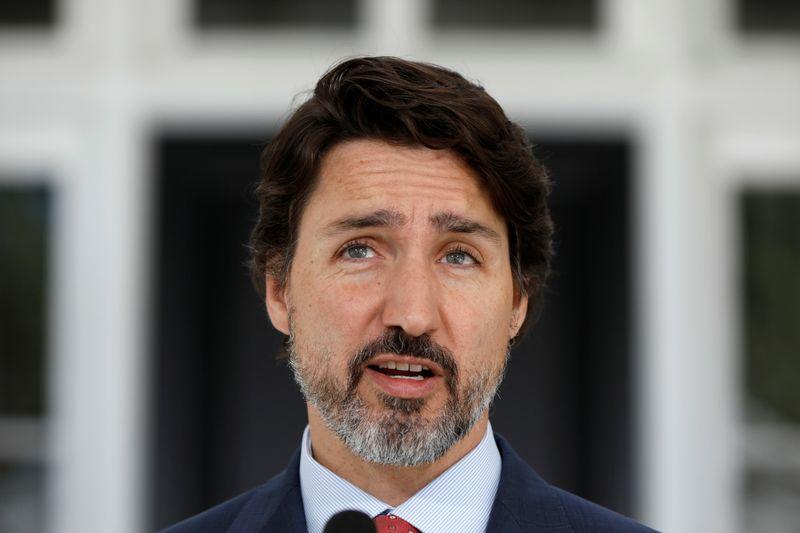 Canadian Prime Minister Justin Trudeau said Tuesday the country is “open” to and “comfortable” with the possibility of one of its cities serving as a hub for the NHL’s restart later this summer, despite current travel restrictions in place.

Edmonton, Toronto and Vancouver are among 10 cities being considered by the NHL, which will choose two hub cities, one for each conference.

“Three Canadian cities are asking for it,” Trudeau said at his daily briefing. “Obviously the decision has to be made by the NHL and the cities and the provinces. Canada is open to it as long as it is OK’d by the local health authorities.”

Also on Tuesday, Canada extended its border closure for non-essential travel through at least July 21, which will be four months after it began. But the restriction has not prevented NHL players from traveling back and forth as they have returned to their teams recently for voluntary workouts in Phase 2 of the restart plan.

Under the NHL’s 24-team restart plan, teams will open training camps July 10. They then would move to their conference’s hub city for games likely starting in late July or early August.

ESPN reported Monday that the NHL would “still really like” to pick a Canadian city as one of the hubs, adding that no decisions had been reached but that it could happen this week.

Sportsnet reported last week that Las Vegas likely will be one of the hub cities.