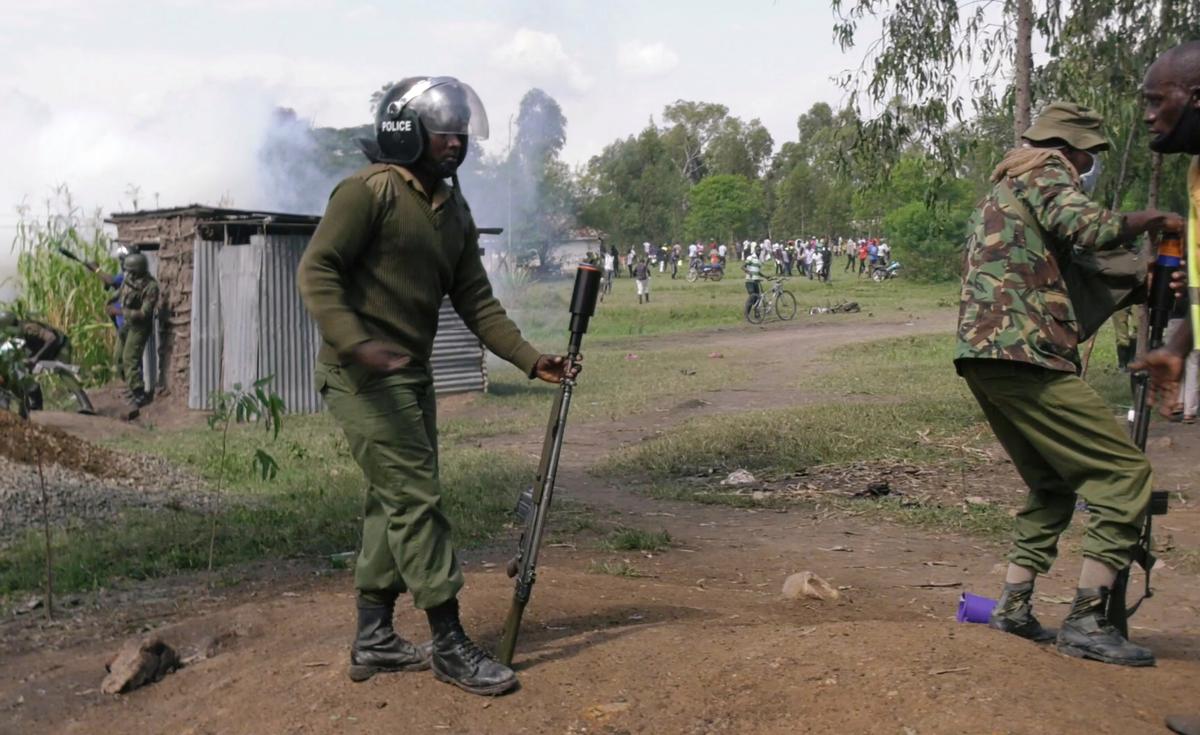 Riot police officers use teargas to disperse mourners and fans of Kenyan musician Bernard Obonyo, whose stage name is Abenny Jachiga, as they proceed his burial under the rules for the suspected coronavirus disease (COVID-19) cases, at Chiga village near Kisumu, Kenya June 12, 2020. REUTERS/Fred Ooko BEST QUALITY AVAILABLE.

KISUMU (Reuters) – Hundreds of Kenyans defied tear gas and riot police on Friday to carry off the body of a popular singer, trying to prevent a swift burial under rules for suspected coronavirus cases which the crowd said would be disrespectful.

Mourners and fans of Bernard Obonyo, whose stage name is Abenny Jachiga, swarmed the cemetery, preventing the singer’s funeral from taking place in Kisumu city in western Kenya.

The region has a tradition of lavish, well-attended funerals, but rules imposed for suspected cases of COVID-19 infection require bodies to be buried within 24 hours of death with only five relatives in attendance.

Police fired teargas to disperse the crowd, which removed the body from the graveyard and took it to a mortuary.

Obonbyo, 33, died on June 11. His brother told Kenyan daily newspaper the Daily Nation that the singer was suffering from severe chest and abdominal pains, difficulty breathing and had been vomiting blood. The family and the authorities have not said whether he had been tested for the novel coronavirus.

Obonyo’s family are now asking for a week to organise a proper funeral for the star.

“As a family we are requesting, give us one week, let the fans plan, let the music industry plan,” said George Oningu, the singer’s brother-in-law.

“We do this to make sure there is peace and that Ben is buried in peace.”