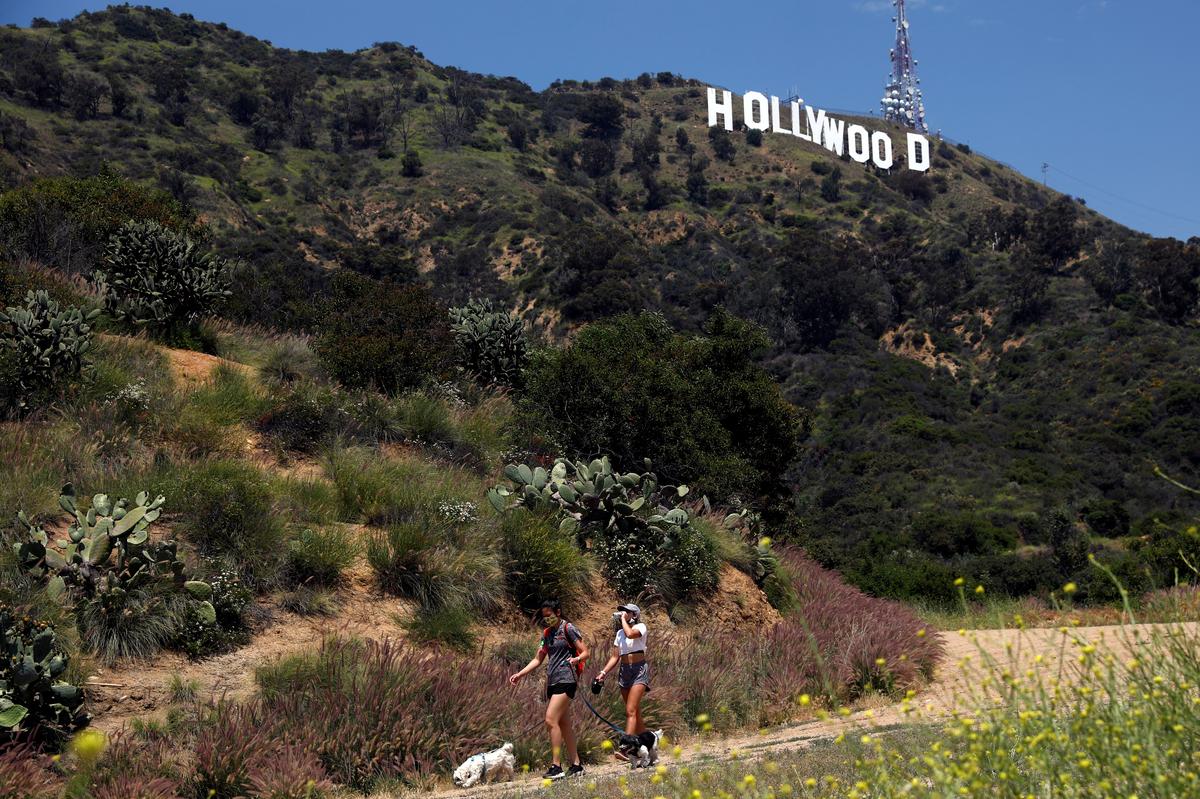 FILE PHOTO: People hike beneath the Hollywood sign after a partial reopening of Los Angeles hiking trails during the outbreak of the coronavirus disease (COVID-19) in Los Angeles, California, U.S., May 9, 2020. REUTERS/Patrick T. Fallon/File Photo

LOS ANGELES (Reuters) – Los Angeles County officials said on Wednesday that movie and TV production could resume on Friday, but movie theaters in the biggest market in the United States must remain closed because of the coronavirus pandemic.

California state officials said earlier this week that movie theaters could reopen as early as Friday, pending approval from local officials, with attendance capped at 25% of capacity and other hygiene and social-distancing protocols.

Movie theaters closed their doors around the world in mid-March to help curb the spread of the coronavirus, and movie and television production also ground to a halt.

In a press release on Wednesday, Los Angeles County said that while day camps, museums, hotels and gyms could reopen as soon as Friday, movie theaters would remain closed.

Television and film production, much of it centered in the Los Angeles area, can restart under guidelines drawn up by an industry-wide task force. They include extensive coronavirus testing, daily symptom checks and other safeguards to allow actors and crew members to return to work.

Despite the green light, production on most films and television shows is not expected to resume until September.