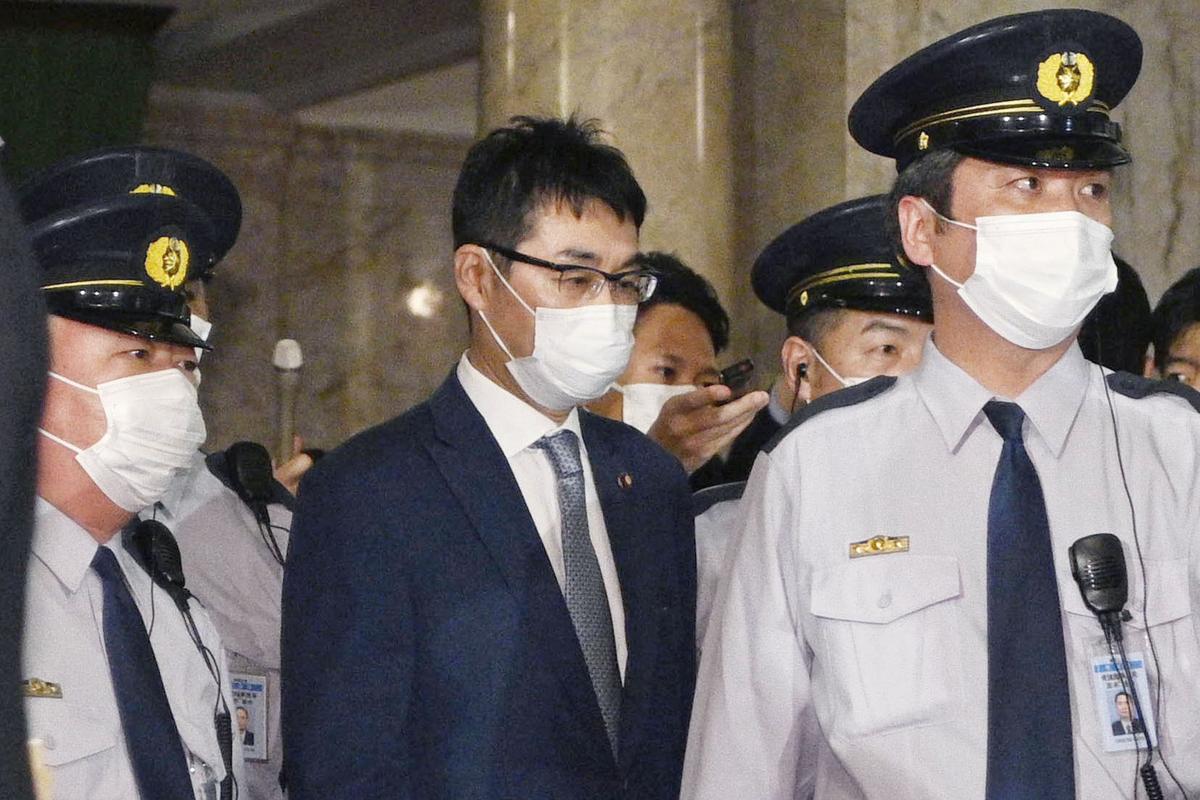 TOKYO (Reuters) – A former Japanese justice minister and his lawmaker wife were arrested on Thursday on suspicion of vote-buying, prosecutors said, in a harsh blow to Prime Minister Shinzo Abe as he struggles with falling voter support.

Support for Abe, who had close ties to the ex-justice minister, has declined over what critics say is his clumsy handling of the coronavirus outbreak, a furore over efforts to extend top prosecutors’ retirement age, and questions about government programmes to support tourism and smaller companies.

Tokyo prosecutors said in a statement that former justice minister Katsuyuki Kawai and his wife Anri paid 1.7 million yen ($15,900) to five people last year to get her elected in the 2019 upper house election, in which she won a seat.

Separately, Katsuyuki Kawai gave a total of 24 million yen to about 90 people, the statement said.

Katsuyuki Kawai, who previously served as a foreign policy adviser to Abe, quit as minister last October after reports of election irregularities by his wife.

“I have never engaged in political activities that are shameful in the light of my conscience, nor against the law,” Kyodo news agency quoted Katsuyuki Kawai as saying on Wednesday.

Anri has also denied vote-buying, media reports said. On Wednesday she told reporters her lawyer had advised her not to comment. Neither could be reached immediately for comment on Thursday.

Lawmakers cannot be arrested while parliament is in session. Parliament’s session ended on Wednesday.

Abe returned to office in December 2012 and last November became Japan’s longest serving prime minister. His term as ruling Liberal Democratic Party leader and hence, premier, ends in September 2021 but speculation is simmering that he may have to step down sooner given his sagging voter support, which fell below 30% in two opinion polls last month.

“Abe’s responsibility for appointing Kawai as justice minister will be called into question,” said Tomoaki Iwai, a political science professor at Nihon University. “His ratings could fall further.”

Political sources and experts said Abe would be weakened but was unlikely to step down immediately as Japan contends with the coronavirus outbreak.

“The damage will be quite big,” said University of Tokyo political science professor Yu Uchiyama. “He will be a lame duck.”

Abe is struggling to ease the impact of the coronavirus on the world’s third-largest economy. He has responded with two stimulus packages totalling $2.2 trillion but over half of the respondents to a Reuters survey were critical of the response.