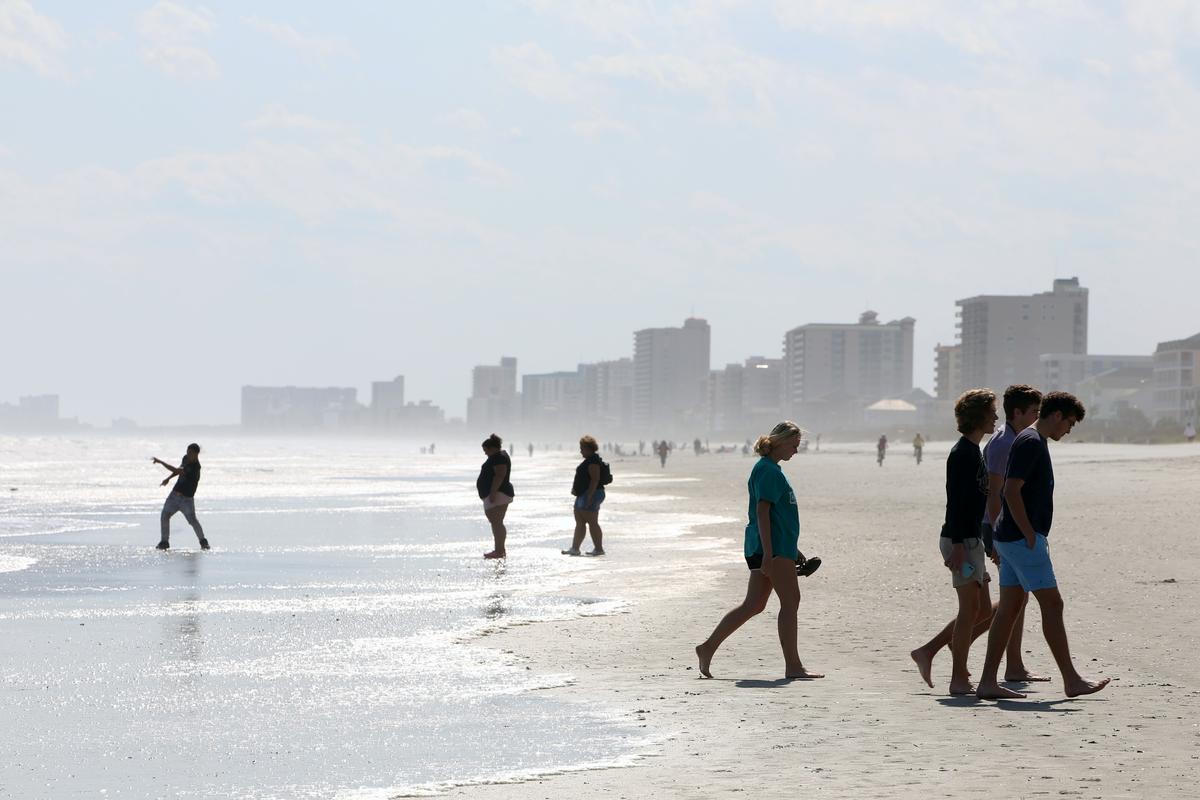 (Reuters) – New cases of COVID-19 nearly doubled in Alabama and South Carolina in the second week of June compared to the prior seven days, a Reuters analysis found, as 17 U.S. states reported weekly increases in the spread of the novel coronavirus.

Alabama’s new cases rose 97% to 5,115 for the week ended June 14, with 14% of COVID-19 tests coming back positive compared to 6% in the prior week, according to the analysis of data from The COVID Tracking Project, a volunteer-run effort to track the outbreak.

New cases in South Carolina rose 86% to 4,509, while the positive test rate rose to about 14% from 9% over the same period, according to the analysis and state data.

When asked to comment on the increases, South Carolina and Alabama health officials said some residents were not following recommendations to maintain social distance, avoid large gatherings and wear a mask in public.

In Oklahoma, where President Donald Trump plans to hold an indoor campaign rally on Saturday, new cases rose 68% to 1,081 in the second week of June, while the positive test rate increased to 4%, from 2% the previous week.

Oklahoma officials did not immediately respond to requests for comment.

The three states are among hot spots throughout the South and Southwest that helped push the total number of new infections in the United States up 1% in the week ended June 14, the second increase after five weeks of declines, Reuters found.

(Open tmsnrt.rs/2WTOZDR in an external browser for a Reuters interactive)

The state that reported the largest number of new cases was California at 20,043, up 10% from the previous week.

Nationally, the rate of positive tests has hovered around 5% for several weeks, according to the analysis. More than 583,000 tests were reported in a single day last week, a new record.

The Centers for Disease Control and Prevention (CDC) has recommended states wait for new COVID-19 cases to fall for 14 days before easing social distancing restrictions.

Seventeen states and the District of Columbia have met that criteria, the analysis showed. Pennsylvania and New York lead with nine straight weeks of declines, followed by Rhode Island and Indiana.

Graphic – Tracking the novel coronavirus in the U.S.: here