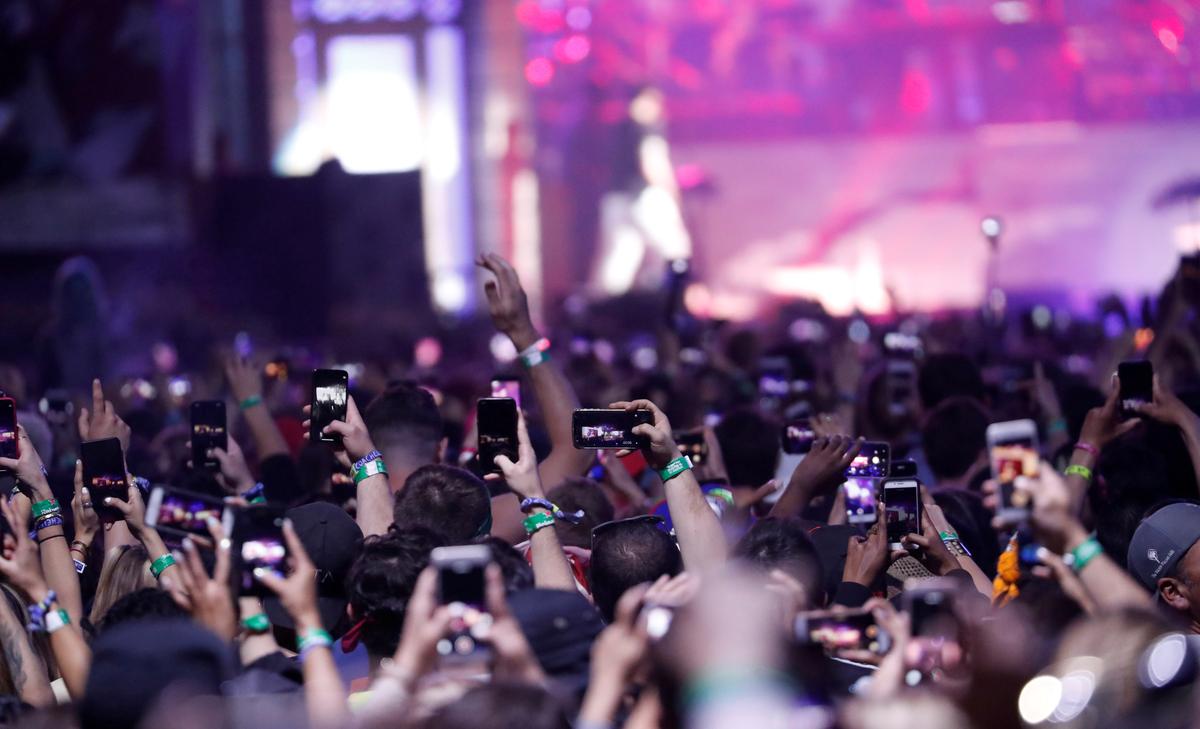 FILE PHOTO: Concertgoers use their mobile phones during Eminem’s performance at the Coachella Valley Music and Arts Festival in Indio, California, U.S., April 15, 2018. REUTERS/Mario Anzuoni TPX IMAGES OF THE DAY

The move comes as Anschutz Entertainment Group, the parent company of the music festival’s organizer Goldenvoice, is laying off 15% of the workforce, the report said here

Goldenvoice did not immediately respond to a Reuters request for comment.

Earlier in March, Goldenvoice said the music festival had been postponed for six months until October due to the COVID-19 pandemic.

Coachella, one of the biggest music festivals in the world, brings half a million fans to an open-air site in Indio, east of Los Angeles, over two weekends and was originally scheduled to take place on April 10-12 and April 17-19.